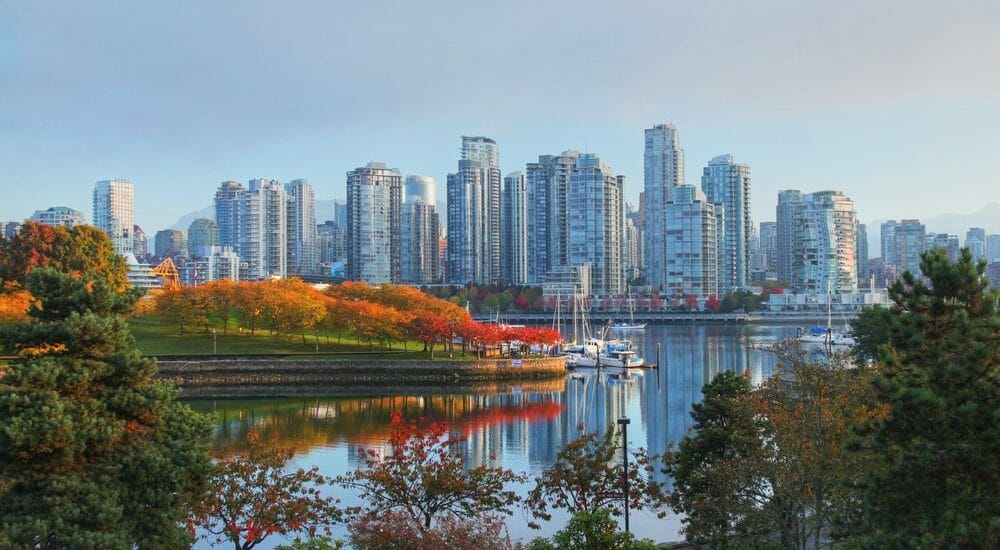 Are you or your company considering a move to Vancouver, BC?

The CPABC recently released their Regional Check-Up report so we thought we’d share this useful infographic on the province’s top performing region, Mainland/Southwest.

The Mainland/Southwest Development Region (commonly known as Southwest BC) encompasses the Metro Vancouver, Sunshine Coast, Squamish-Lillooet, and Fraser Valley regional districts. As the economic hub of the province, Southwest BC is home to approximately 61% of BC’s population. 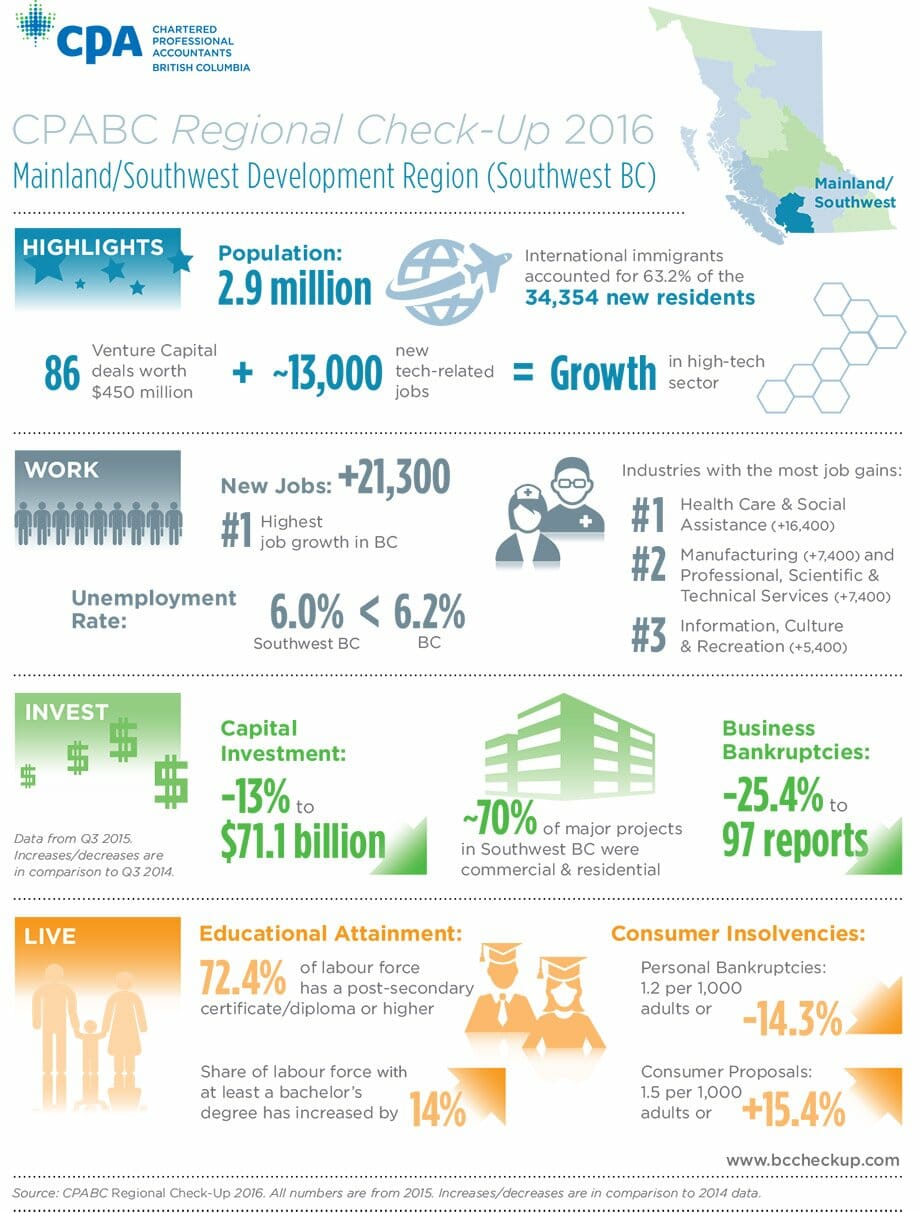